It may be hard to believe, but penis pumps have been around since 1874 and were first patented as early as 1967. Yes, it’s been nearly 150 years since man first created a device that specifically targeted the penis to improve its functioning.

Penis pump technology, though, has come a long way since the patent was created half a century ago. We now have access to hydropumps that are far more capable than their air-based counterparts, but have these devices come far enough?

Studies conducted on this topic certainly seem to collaborate that it’s possible to achieve gains on your penis while using quality penis pumps, especially when practiced regularly over several weeks.

This article will thoroughly examine the truth behind penis pumps and reveal if these devices are worth your time and money, or if they’re just too good to be true.

Penis pumps have a surprisingly long history and have been through several phases of evolution before attaining its modern form. They were first invented by Dr. John King in 1874 to produce an erection in men who were medically incapable of creating one naturally.

These early air-based devices were capable of creating erections but couldn’t sustain them once the pump was removed.

The world had to wait for a further 40 years before Austrian Otto Lederer created the next generation of penis pumps in 1917. With this device, it became possible for a man with impotence to perform acts of sexual intercourse.

Lederer’s model of the penis pump was fairly spot-on, and it didn’t require any further innovation for another 50 years—the world was still getting used to the idea of using such devices at the time.

These devices only ever really became popular in the 1970s, when Geddings Osbon first marketed it as a device known as ErecAid.

By the time the FDA granted this device approval in 1982, it was considered to be a medical device that can provide treatment for problems such as ED—erectile dysfunction.

Over the last two decades, penis pumps have become a massive rage around the world, so much so that Medicare spent 240 million dollars on this device between 2001 and 2011.

During this time, however, penis pumps have been only seen as a medical device to help individuals with ED. A modern function began to emerge only a decade and a half ago, and this involved using penis pumps to increase the length and girth of one’s penis.

What’s the Verdict, Then?

The short answer is, yes, they do work!

The long answer can be a bit more complicated than that.

When we say “work,” this needs some clarification.

Penis pumps have two major functions, apart from all the minor ones advertised by big brands:

For achieving directions at will, we can safely and resoundingly say that yes, penis pumps do work. They’re a medically proven way of helping you beat erectile dysfunction, thereby improving your sexual performance in the long run.

In terms of increasing your penis size, however, the evidence seems to be anecdotal. Studies conducted on the topic don’t provide enough evidence to shed light on the matter.

In one study conducted in 2006, 37 sexually active men were asked to participate in vacuum treatment sessions three times a week for six months. Each session lasted about 20 minutes, and its purpose was to check the effectiveness of the treatment in increasing the size of the participant’s penis length.

After six months, the results showed that the average length grew from 7.6 to 7.9cm. This means that the growth rate was under 10%, thereby highlighting no significant gains in penis length from the exercise.

Surprisingly though, the patient satisfaction rate was 30%—more than triple the actual growth rate, proving that the entire ordeal was mentally satisfying for the patients at the very least.

Another study conducted in 1995 examined the effectiveness of penis pumps in seven sexually active males. It reported that the average penis size grew by 0.67 inches in length and 0.5 inches in girth over eight weeks. The patients, however, reported similar psychological benefits of using the pump over the two months.

Thus, we see from these two studies that there’s a fair amount of gains to be acquired by using a penis pump over a sustained period. The psychological benefits are far more resounding in this process.

The gains in penis dimensions are also subjective. Various popular penis pump brands, such as Bathmate, have been quick to point out that there’s more to be gained for individuals with smaller penises than those with average or above-average sizes.

All patients used in the two studies mentioned above had an average size penis, which could explain why the gains were so minuscule.

Another important factor to consider is that the subjects in the above studies were provided with air-based vacuum devices instead of the state-of-the-art models created by brands such as Bathmate.

While air-based penis pumps, such as Erecaid, have been known to work for several decades, according to manufacturers, water-based models can provide a far superior suction on the tube. They claim that they can also work well enough to help a man achieve three times the gains of an average pump.

This is because the suction produced by the water-based models, in addition to important innovations such as handball pump mechanisms, allows the user to take complete control over the process. They also manage the suction in the tube with incredible precision.

Such pumps are designed to help users improve their erection control and even boost their sexual performance in the long run. The Bathmate brand, for example, has over a million users thus far.

A survey conducted by this brand showed the following results:

This brand also offers you a 60-day money-back guarantee if you aren’t satisfied with the product. Note that similar offers are provided by almost all major brands in this sector.

Most notably, however, penis pumps have become quite popular among users in the transgender community. Those who’ve undergone metoidioplasty—also known as female to male gender reassignment—have begun to use these devices to increase the size of their penis post-surgery. Some of the users have reported gains when using penis pumps over extended periods.

There are some disadvantages/side-effects to consider when you’re using penis pumps:

We’ve seen that penis pumps have come a long way since they first began their journey in the late 19th century (wow, right?)

They were first used as medical devices to help individuals with erectile dysfunction, and this remained the case until the early 2000s, when their ability to increase the size of the penis was first explored.

We now know that penis pumps can, without a shadow of a doubt, help individuals beat ED. Their ability to increase the size of the penis, however, needs greater study, especially after the advent of hydropumps, which are claimed to be three times more effective as their air-based counterparts.

The initial studies and consumer surveys, however, highlight the fact that it is possible to achieve gains using penis pumps (see our Best Penis Pumps guide). Even so, the studies highlight that the pumps provide a far greater psychological benefit, and isn’t that the most important factor?

The information on this website has not been evaluated by the Food & Drug Administration or any other medical body. We do not aim to diagnose, treat, cure or prevent any illness or disease. Information is shared for educational purposes only. You must consult your doctor before acting on any content on this website, especially if you are pregnant, nursing, taking medication, or have a medical condition. 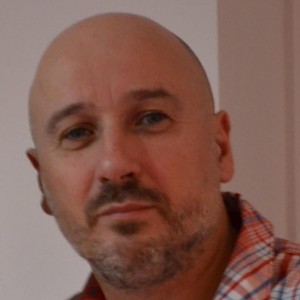 I am an experimental sex coach with over 15 years of experience. I've successfully worked with hundreds of couples by teaching them how to feel more comfortable with intimacy and sexuality in general.
All Posts
More About The Author

How To Get a Bigger Dick? | 5 Actionable Tips By Sextopedia

Can’t Stay Hard | What Can I Do About It?

Copyright © 2019 sextopedia.com | By using our sextopedia.com content, products & services you agree to our Terms of Usage and Privacy Policy. We do not allow any sort of representation in whole or in part without written permission. Always consult with a qualified healthcare professional prior to beginning any exercise program or taking any dietary supplement. The content on our website is for informational and educational purposes only and is not intended as medical advice or to replace a relationship with a qualified healthcare professional.
© Sextopedia.com, 725 Hindry Avenue, Los Angeles, CA 90301 USA,  1-424-653-6899